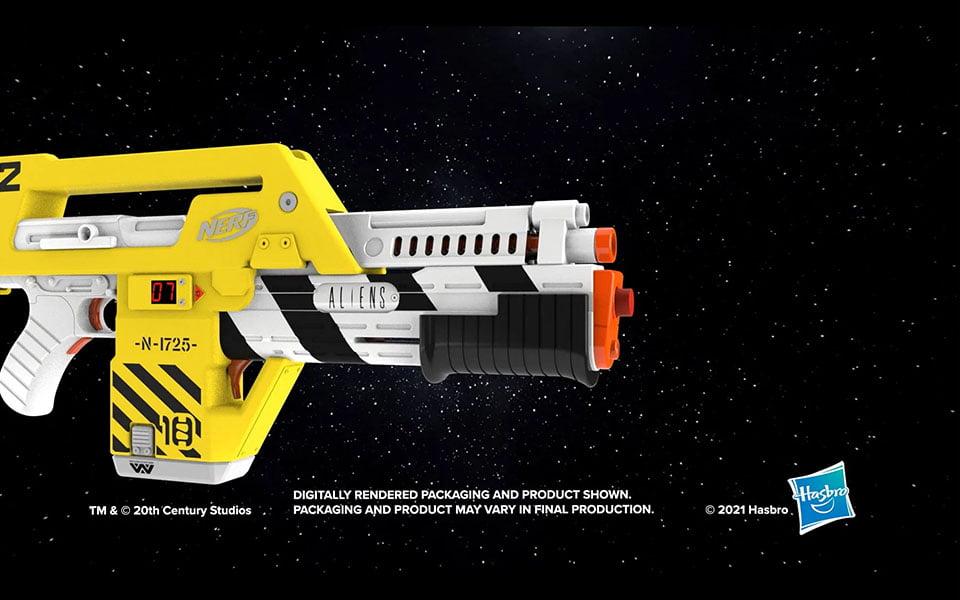 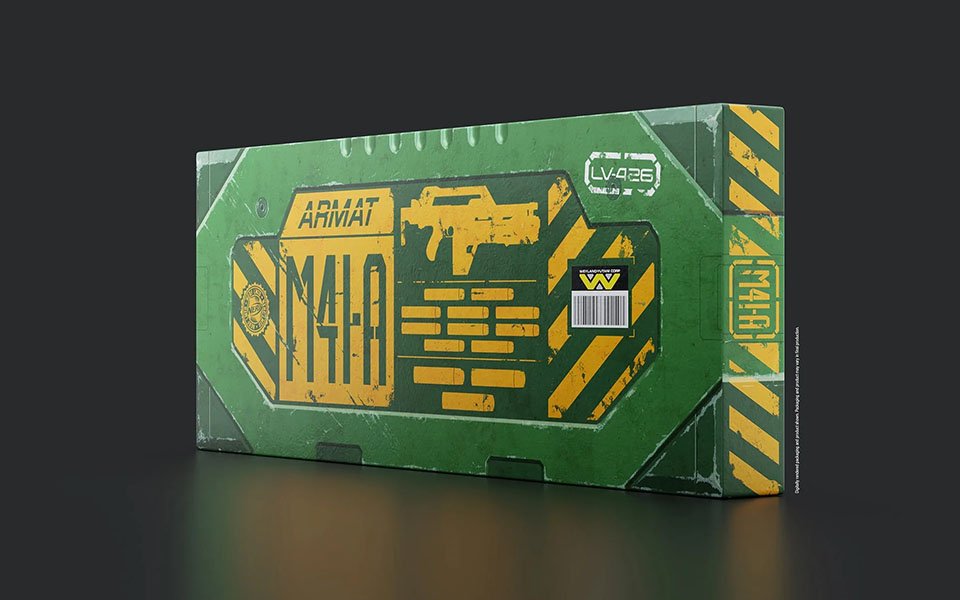 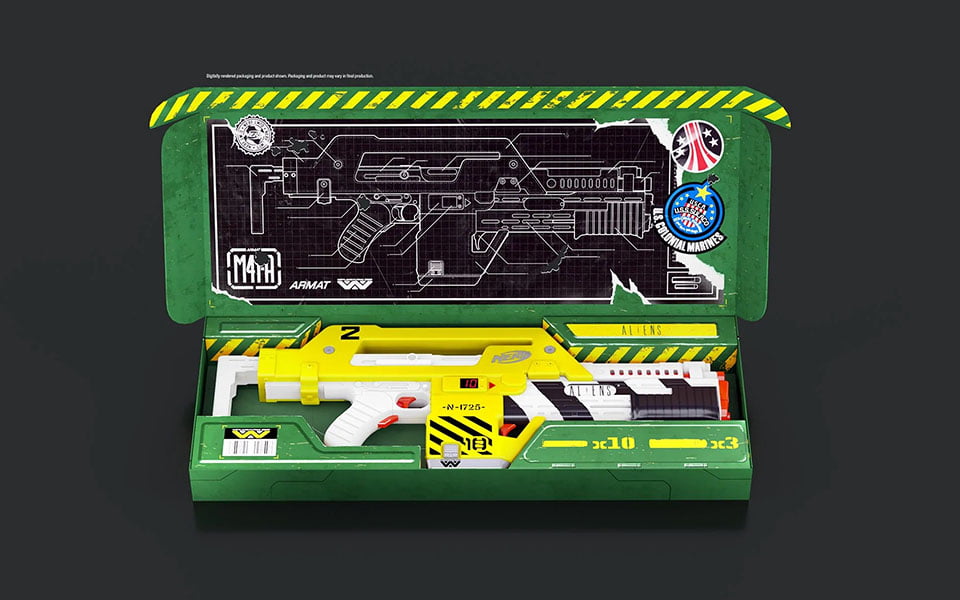 If you’ve ever seen Aliens or any sci-fi movie, you’ve probably dreamed of owning some of the technology shown off in the films.

Who wouldn’t want to ride around in a mech suit, battle enemies with a lightsaber, or fire off a ray gun just to watch something get vaporized? While they won’t do much good if Xenomorphs actually made their way to earth, Nerf does have a solution for everyone who wants to get their hands on a pulse rifle. 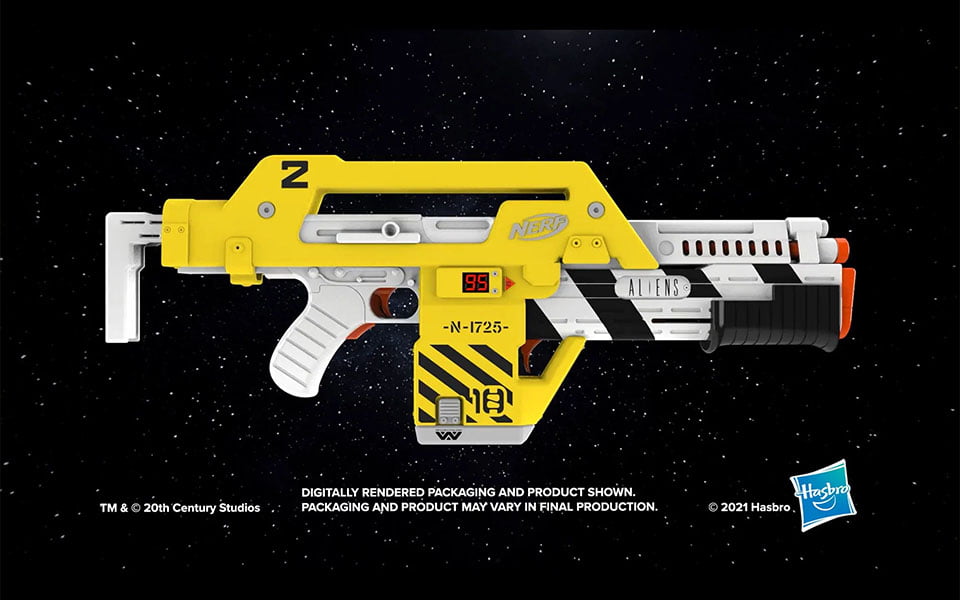 The Nerf Aliens Pulse rifle might be bright yellow, but it does have a lot of cool features that will appeal to both fans of Nerf guns as well as fans of Aliens. The gun comes in a Colonial Marines style package where you can fulfill your fantasies of grabbing your weapon and heading out to see how you can handle a Xenomorph.

Here’s what makes this weapon so cool to use and wield against your friends in an all-out nerf war.

The Nerf’s Aliens Pulse Rifle can fire both Nerf Elite Foam darts as well as Nerf Mega foam darts, so if you have both types of darts from other guns, or want to purchase some ammunition, both of these darts are compatible.

The Nerf’s Aliens Pulse Rifle takes some cues from the movie itself, because the magazine is able to be jammed into the rifle, and the digital readout shows how many darts you still have inside of the weapon. Perfect if you’ve been engaged in a protracted war and don’t want to count your ammo… or run out at a crucial moment!

It comes with over and under barrels for blasting how you want, allows you to use fully motorized fly wheel shooting or pump action blasting, and comes with movie accurate sounds when the trigger is pulled.

However, just like with all pieces of science fiction technology, there are a few drawbacks you need to be aware of. (Thankfully, being eaten by a xenomorph isn’t one of them.)

If you like the movie Aliens, Nerf guns, limited edition items, or just the idea of a pulse rifle in nerf form, you will enjoy having the Nerf’s Aliens Pulse Rifle in your collection. It’s a really cool addition to anyone’s Nerf arsenal, and while you might not be blasting away Xenomorphs with it, you can battle and defeat human opponents with your new personal friend.

There are a lot of nerf darts that you can use and that have been released over the years. However, if you don’t have a collection of Nerf Guns and darts, then you can get Nerf Elite Foam darts and Nerf Mega foam darts in separate packages for your Pulse Rifle. They can be bought online at any store or bought anywhere that sells Nerf products.

If you want to shop the sales of Nerf’s Aliens Pulse Rifle, you will need to act fast as it is a limited edition item that was made for the 35th anniversary of Aliens. It can be preordered until October 1st, 2022, so if you want the rifle you need to grab it quickly!

The weapon comes with the Aliens Pulse Rifle, the custom colonial marines packaging, and 10 Elite Darts and 4 Mega darts so you can have fun and start shooting right away. Just make sure to stock up on more ammo if you and your friends really want to see what the rifle can do!