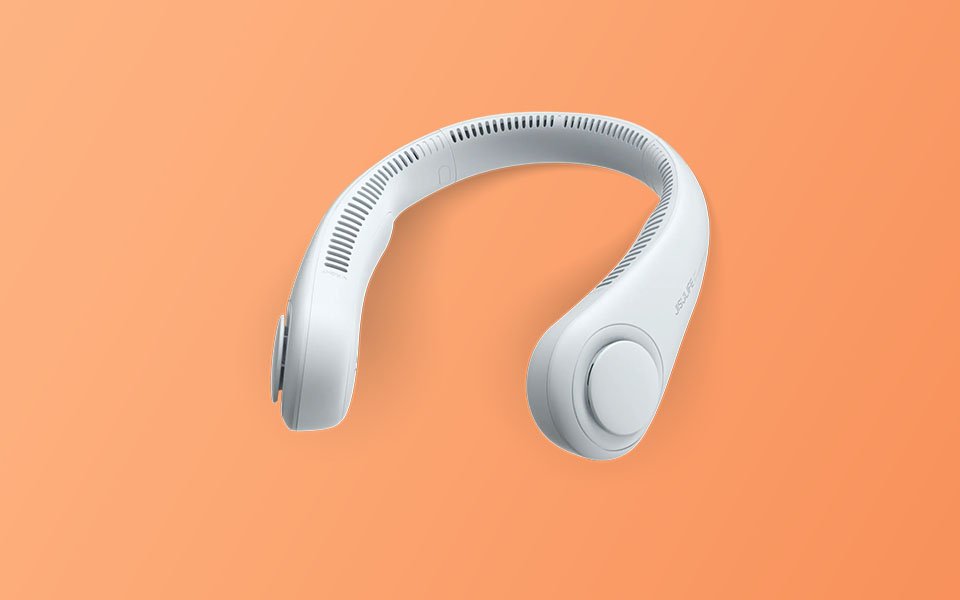 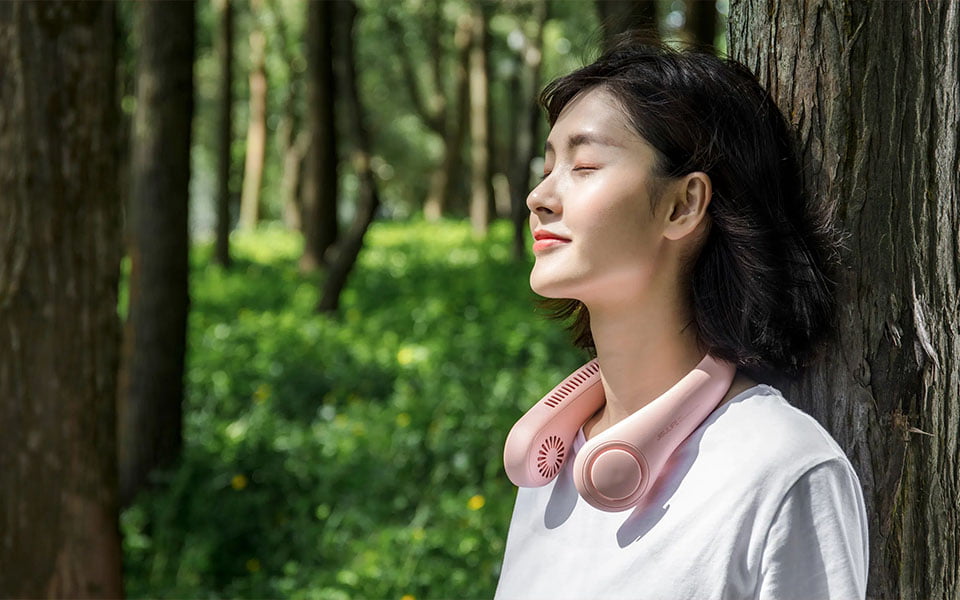 A portable fan that won’t weigh you down

With its slim bladeless design and lightweight construction, the JISULIFE portable neck fan brings alluring airflow to the party, no matter where that may be.

This wearable gadget resembles a pair of standard over-ear headphones but rests around your neck, where the 78 individual outlets caress you with refreshing air.

The outlets are arranged so that airflow reaches the entire face without obstructing your view or movement and the long battery life gives powerful performance for hours on end.

JISULIFE designed the portable fan without any blades, so hair cannot become tangled and the noise levels remain low regardless of the settings.

From our time spent with the neck fan, it has proven highly effective during both sweaty summer days and humid nights.

With the ability to use it at home, work or during the daily commute, you’re looking at a worthwhile alternative to a flimsy pedestal fan and costly air conditioning.

The JISULIFE portable neck fan is available in your choice of five colourways.

Quiet operation that remains below 25 decibels even on the highest setting. That’s somewhere between the whisper of rustling leaves and distant bird calls. This portable fan won’t block your hearing.

The rechargeable 4000mAh large capacity battery offers four hours of use on the most powerful setting and up to 16 hours on low settings. So it’s realistic to expect all day use between charges.

The JISULIFE fan weighs just 257 grams and remains comfortable across long periods of use. Those with larger necks may find the fan somewhat constrictive, but most users will appreciate the design and airflow.

Fans don’t make the environment cooler. Instead, the airflow creates a windchill effect that helps lower skin temperature. And so, the JISULIFE portable neck fan works to keep you cool regardless of surrounding temperatures.