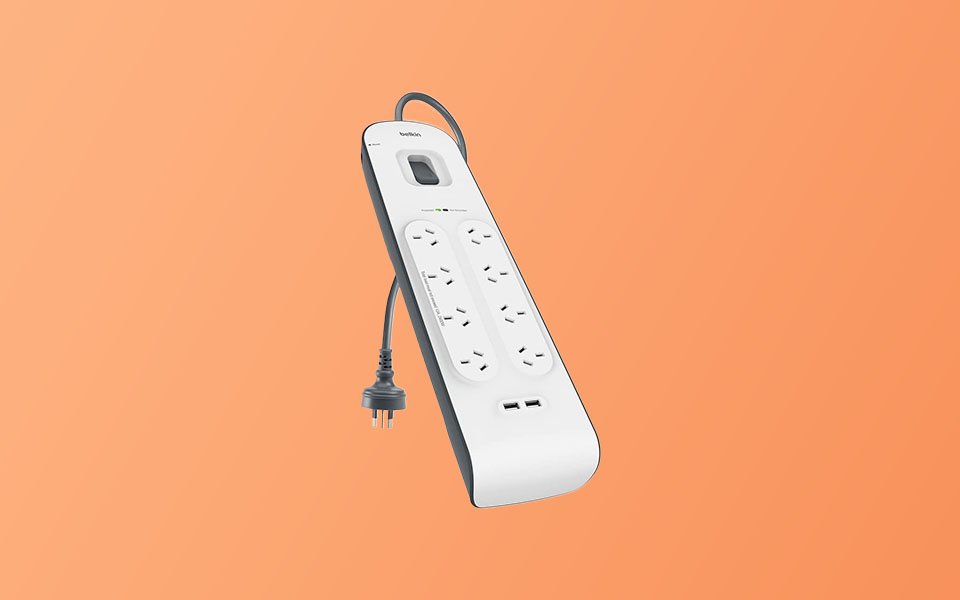 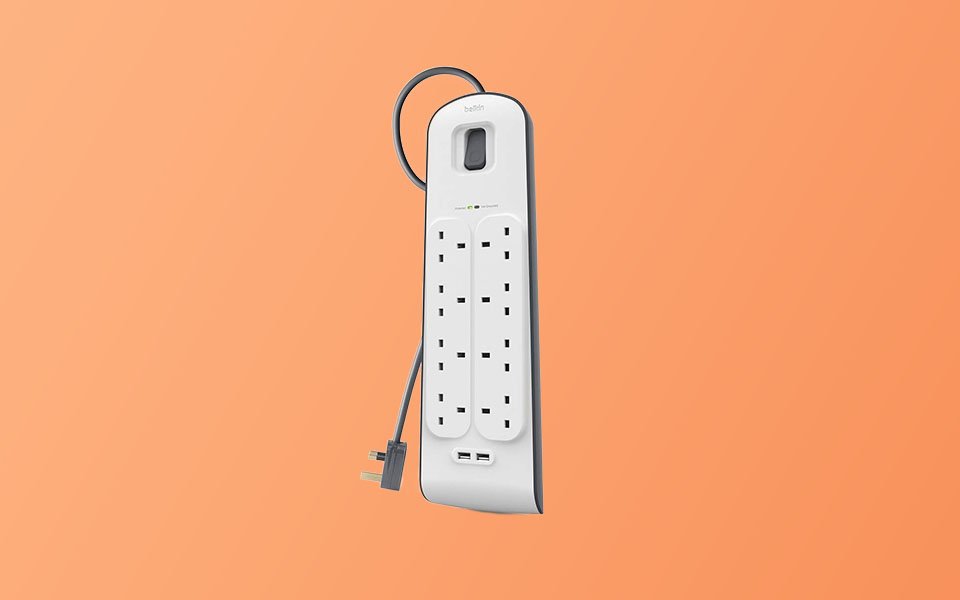 That’s 10 devices at the same time!

A power board probably won’t elicit the same excitement levels as some other gadgets. Still, there’s no denying this Belkin surge protected strip wouldn’t improve the efficiency of your home office or entertainment system.

This comprehensive power board features enough outlets to supply power to ten gadgets or appliances at a time. That’s eight via AC power and a further two using USB.

The USB ports do not reach fast-charging speeds but can charge phones and tablets at a rate approximately 40 per cent faster than standard. The total supported load is 2,400 watts, which should be enough to support however many outlets you require.

The Belkin power board features a clean, modern design with a lengthy two-metre power cord and a recessed power switch that should reduce the likelihood of accidentally flicking it off.

8 AC power outlets with four on each side. This allows for additional space to support bulky adaptors and power bricks. Plus, the two USB ports eliminate the need to charge phones, tablets, smartwatches and headphones in the AC outlets.

The built-in surge protector is rated to handle additional voltage to 900 Joules caused by faulty wiring, electrical overloads, and there’s even potential to protect against lightning strikes.

Belkin is so sure of its power board that the accessory brand offers a warranty of up to $50,000. That sum covers the costs of technologies damaged if the power strip fails to protect against power surges up to 900 Joules.

A comprehensive power board with surge protection and a high concentration of amp support will not only declutter the power points, but it will also guarantee your valuable electronics are protected against worse case scenarios. This Belkin surge protected strip is a great option for making it happen.