The Ayaneo Next promises to merge two of the biggest things together, the world of AAA games with the world of handheld and portable gaming.

While a great many companies are coming close to bringing the world of big-budget and big power games into a smaller console you can slip in a pocket or purse, the Ayaneo Next is getting even closer with the technology that packs into the small form.

The entire point of the Ayaneo Next is that the team wants to create a handheld gaming PC that has 7nm AMD chips. It also has a Ryzen 7 core processor, with a Radeon Graphics Vega 8 card. For anyone who has delved into the world of buying or building a desktop computer, then you know that those items are powerful and are designed for some of the high end gaming computers playing some pretty big games on high settings. 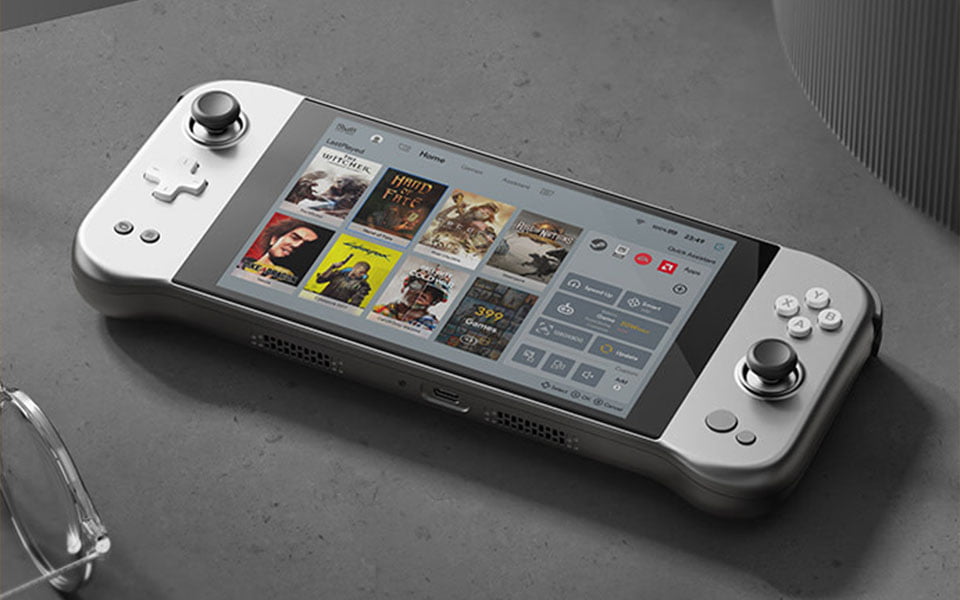 The team wants to put all that into the Ayaneo Next, which is designed to have efficiency, lower latency between the 8 cores, and higher instructions per clock. Additionally, the hall effect sensors on both triggers for the joysticks mean that two common problems are overcome. The first is ‘drift’ which is where the controller joysticks take on a life of their own and respond sluggishly to the user. The Ayaneo Next has no drift, which is a massive plus in its favor and can change the way that you game.

Additionally, there is no dead zone or lack of precision either, while also being very durable for countless hours of use. You will be able to play faster, play longer, and feel like the Ayaneo Next is like an extension of your fingers going into the game, which can be awesome.

Uses Hall Sensors on the joysticks and triggers, and it also has removable joystick caps, because sometimes dirt and grime from hours of use get under there. Not only is it annoying to look at, but it can also slow down and damage the joystick itself. With the removable cap, it can be cleaned with no trouble.

It comes with Wi-Fi 6, a 6Ghz band, and a fast speed, along with a fingerprint unlock so you can wake up the console with just one top. Even force feedback is included so you can feel every impact and action like you are in the game yourself!

Comes with an ergonomic design that is inspired by the classic gaming consoles that came before the Ayaneo Next, along with a modular design and a very fast charging and powerful battery.

Like anything in the video game industry, there are some drawbacks to the Ayaneo Next.

The Ayaneo Next is a gaming system that is still going on strong and shipping products to customers today in 2022. If you want to experience a handheld device that will ensure that you are still able to play the latest and greatest games, then the Ayaneo Next is perfect for you.

If you want to return your Ayaneo Next for whatever reason, then it must be unused. It needs to be in the same condition it was when you received it. In its packaging, unused, with tags, and also with the proof of purchase included as well. You can’t use it, decide you don’t like it, and then have it shipped back.