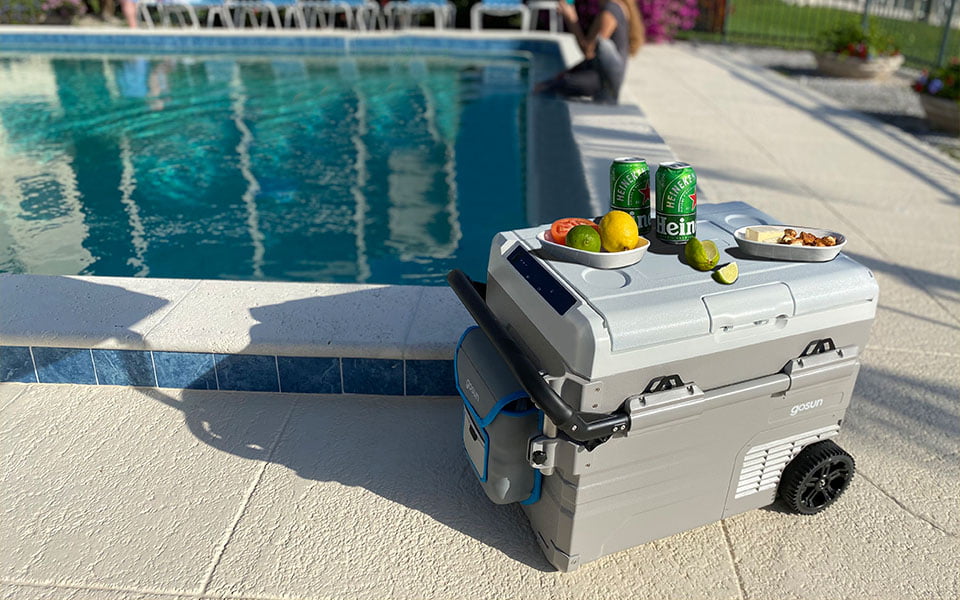 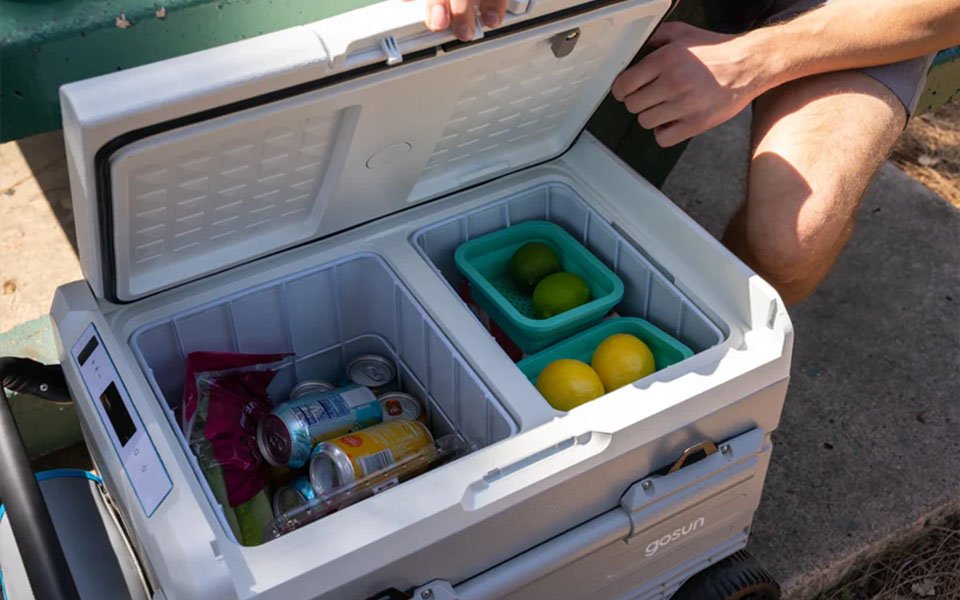 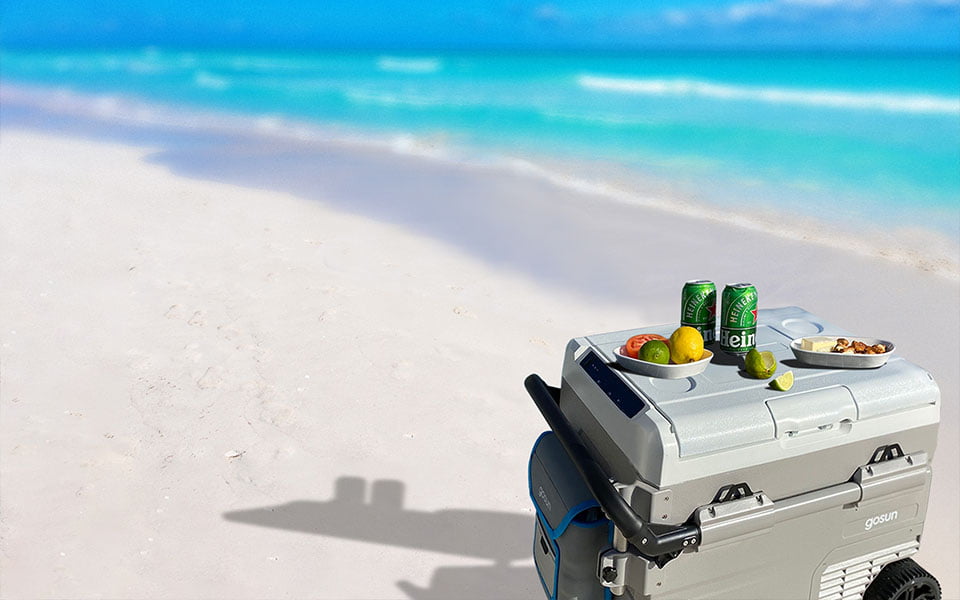 Tired of filling your cooler with ice for outdoor trips, only to have to deal with a melty and mushy mess hours later?

Stop spending so much time and money on ice… and start stocking up on up to twice as much of your favorite foods with theGoSun Chillest electric portable cooler. Built to accompany you on all your outdoor adventures, the Chillest uses a long-lasting rechargeable battery to keep your goods properly refrigerated, so you don’t have to worry about spoilage. You also have multiple ways of charging the Chillest powered, from standard wall-charging to flexible solar panels and even the optional GoSun Powerbank. And while you’re out soaking in the sun, you can even use the included solar panel to refuel your battery and keep the GoSun Chillest chilling. Which means less time fussing with bags of ice and clunky coolers… and more time cracking open a cold one with your friends.

But an electric power source isn’t the only standout feature of the GoSun Chillest. Take a look at all the other ways this solar-powered cooler “ices” the competition: 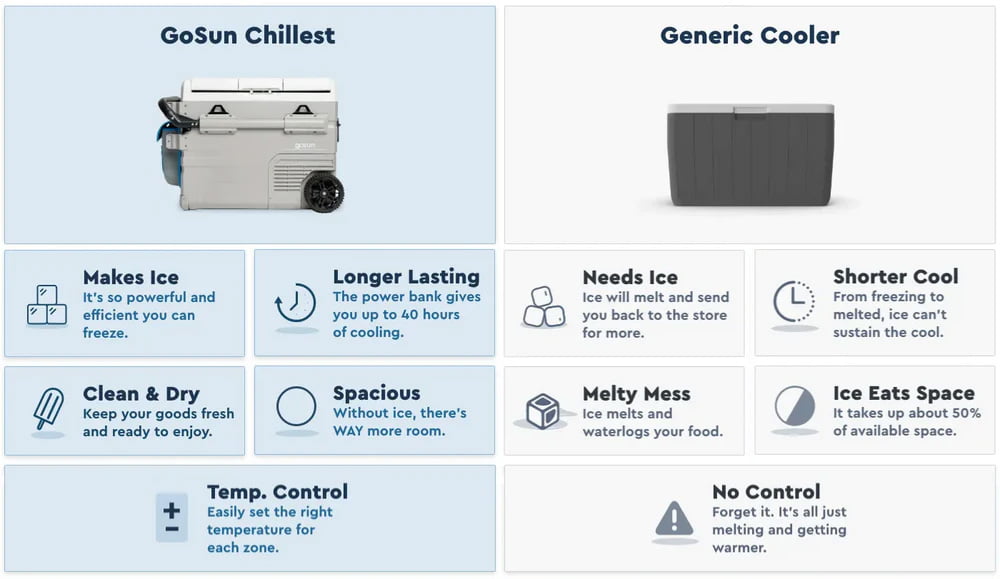 Whereas most ordinary coolers need heaps of ice to stay cold, the Chillest can actually make ice on its own. That’s because this electric cooler uses a low-noise brushless compressor to quickly (and quietly) reach temperatures as low as -4°F/-20°C — even when you’re sweltering in the summer heat.

The result? No more “icy” problems or messy cleanups. And loads of extra space to store your goods.

In fact, when it comes to space, the Chillest comes with two separate compartments and dual-zone cooling. So you can refrigerate and freeze different foods at the same time, instead of piling everything into a bin of melting ice.

And unlike many common coolers, the Chillest is equipped with all-terrain wheels and a telescoping retractable handle to make it easy to bring along on all your excursions.

Whether you’re backpacking through the backcountry or partying on the beach, the Chillest is ready to help you (and your food and drinks) keep cool.

If you’re looking for an off-grid cooler that doesn’t require tons of ice… that you can take on any overland adventure or hiking expedition… that can safely hold food at even sub-zero temperatures… then look no further than the GoSun Chillest.

As one of the few solar-powered electric coolers on the market, the Chillest is perfect for all kinds of multi-day trips. And its construction-grade insulation ensures all your goodies stay as cold as you need them to be at the exact temperature you set.

Don’t let melted ice and clumsy coolers ruin your outdoor experience. Get the GoSun Chillest today and keep your cool all summer long.

Alex Jacobs has a passion for discovery, gadgets, food and music. A background in sports journalism and experience in digital marketing means he understands the value of quality and honesty, too. That's why you can count on him to deliver reliable opinions that will help you make the right decision for your needs.