If you enjoy spending time in the great outdoors, you’ve probably had your share of warm memories cooking dinner over a campfire.

But when you’ve got an entire family to feed and look after, trying to balance a pot of rice over an open flame is the last thing you want to deal with.

Unlike other fuel-based camping stoves, the Fusion uses patented solar technology to help you cook up a feast without worrying about running out of fuel. 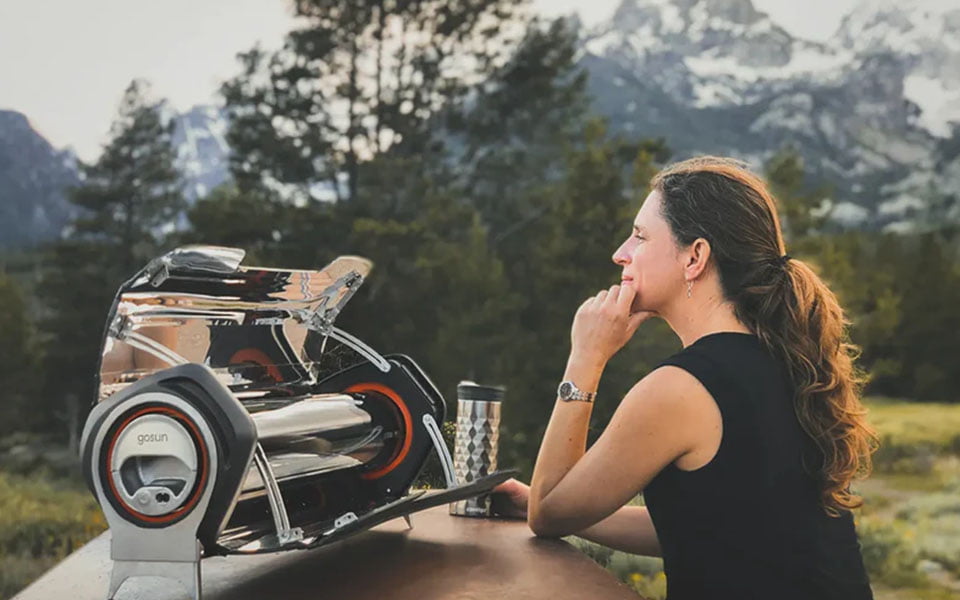 Whether you’re in the mood to bake, boil, steam, or even fry, the Fusion has you covered to temperatures of over 400°F. As far as outdoor cooking devices go, this is like the survivalist’s version of an air fryer.

Plus, the oven’s built-in 150w electric element means you can use it in all weather conditions – even when it’s cloudy or raining.

So if you’re stuck in the dark during a power outage (or just heading out for a weekend camping trip), you can count on the GoSun Fusion for all your cooking needs.

At 14 pounds, you can carry it around with just one hand

The rugged silicone dampener helps keep the oven blazing hot, even in the middle of winter.

Optional solar panels let you charge the Fusion's battery during the day, making it a truly self-sufficient cooking device

It’s not often that you come across a camping cooking gadget as versatile and energy-efficient as the GoSun Fusion hybrid oven.

While other cooking tools rely entirely on external sources of fuel and electric power, the Fusion harnesses the heat of the sun to cook your meals. That makes it the ultimate culinary companion for anyone who’s interested in off-grid living or just loves exploring nature.

Although it may not be the most conventional experience, the Fusion makes outdoor cooking simple and convenient. So even if you’re relatively new to camping, you don’t have to worry about ruining your food and going hungry.