Apple TV+ is another streaming service in a growing selection competing for your attention. Since launching in 2019, Apple’s platform for original content has expanded to include star-studded series and Oscar-winning films, making it a suitable competitor for Netflix, Disney Plus, Paramount+ and the likes.

But before you go sign up for another subscription, you’ll want to compare the Apple TV+ price to the other streaming services and take a peek at the best content available to watch right now. Maybe you’ll even discover a discount along the way. So here’s what you need to know about Apple TV Plus:

How Much is Apple TV+? 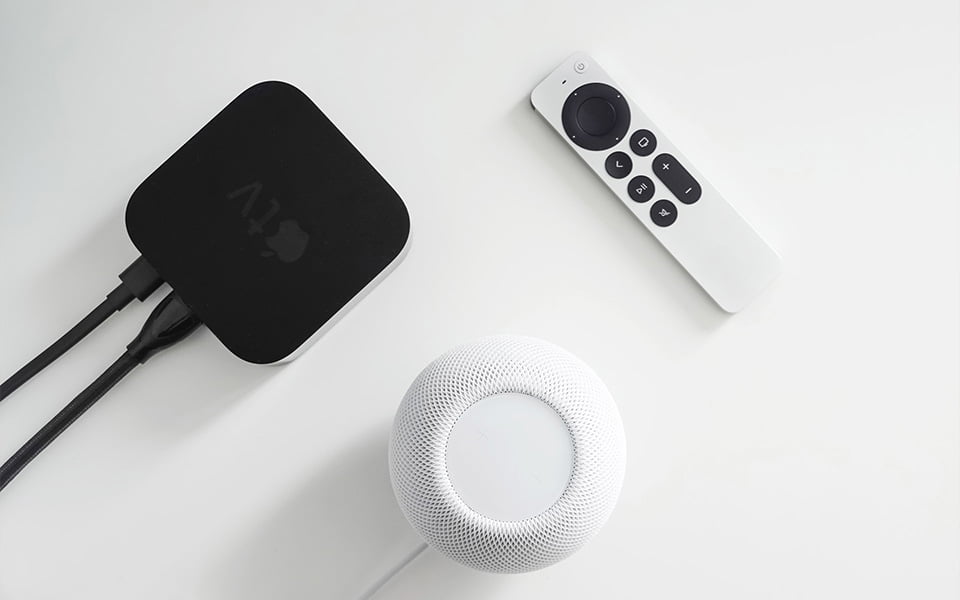 We know you’re wondering, “is Apple TV free to watch?” The short answer is no, but it’s easy to be misled.

See, the Apple TV app is free to download. Find it in the App Store, and you’re good to go. But once installed, content is divided between the Store, which has access to rentals and purchases and the Apple TV+ tab, where you find the premium subscription. So it’s all in the same app, with just a single tab separating the content.

In Australia, an Apple TV+ subscription costs $7.99 per month or is discounted to $79.99 per year if paid annually.

Does Apple TV Have a Free Trial?

Apple offers a free 7 day trial for new subscribers, which is not long to binge all the quality content. A free one-year subscription was available for those who purchased eligible products. That has since been reduced to 3 months of free Apple TV+ for those who buy a new iPhone, iPad, iPod touch, Apple TV 4K device or a Mac.

Those who subscribe to multiple Apple services should consider Apple One. This subscription bundles six services, including Apple Music, Apple Fitness+ and Apple TV+ for $19.95 per month. Bundling these together will discount Apple TV and save you money on other services.

Is Apple TV Worth It - Affordable?

This depends on how much content you expect to consume. With a growing selection of TV shows and movies, a particularly high calibre of content is available. However, Apple TV Plus differs from other streaming services as it only features original content. You won’t find classic films or 90s sitcoms here. And so, the selection is much smaller than the competitors’.

There’s no shortage of subscription TV services and only so much time to binge content. And so, you’ll want to compare each rather than sign up for all of them and hope there’s something good to watch. Otherwise, you’ll end up paying exorbitant monthly fees simply for the opportunity to scroll menus.

(A table I think would be good here showing all the prices plus a couple of points about each) – like this one https://www.finder.com.au/internet-tv/streaming-providers)

Can You Get Apple TV for Android?

Availability of the Apple TV app varies between devices. You do not need to purchase Apple hardware, but you will need an Apple account to access the content.

You won’t find the app on Google Play but content can be accessed from an Android phone’s web browser. Visit the Apple TV website, log in with an Apple ID and stream the content this way.

The Apple TV app is available to download on Google Chromecast, Amazon Fire Stick and Roku devices. You can also find it on PlayStation and Xbox consoles.

In March 2022, Apple removed the options to purchase and rent third-party content from its app on Android devices, including Google Chromecast. Instead, users receive a message prompting them to check out the content on Apple devices.

This shouldn’t be much of a concern as almost all devices that support Apple TV have their own storefronts with the same availability of purchases and rentals, although they may require separate accounts. 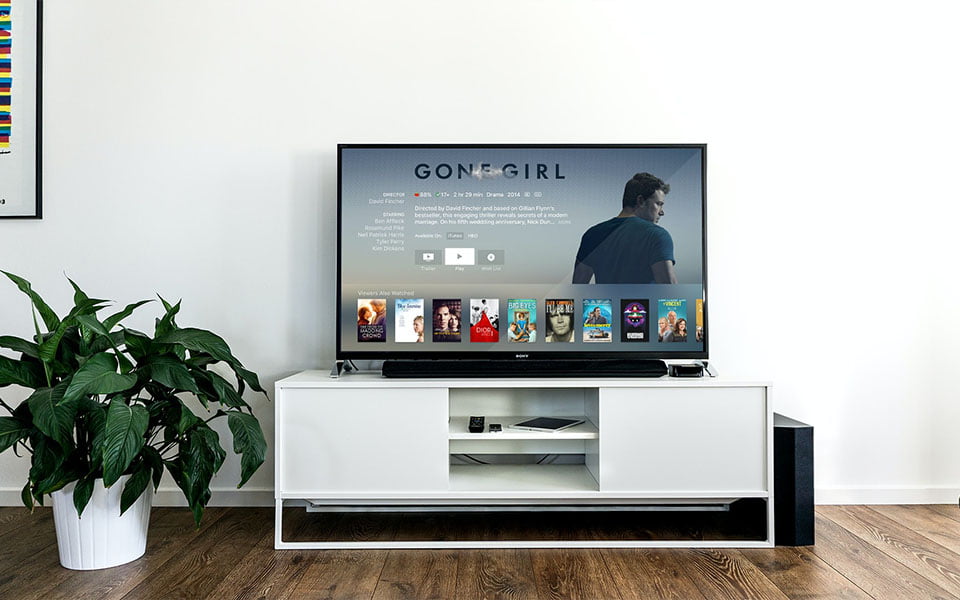 Apple TV+ focuses on premium content rather than simply offering an excessive range to suit all audiences. Productions typically feature big-name actors including Tom Hanks, Reese Witherspoon, Samuel L Jackson and Steve Carrell, to name a few. Some content has received mixed reviews, but the ten shows and movies below are sure-fire hits.

Ben Stiller directs this acclaimed series about a team of office workers whose memories are surgically divided between the office and personal lives. Things start unravelling when a mysterious colleague appears outside of work, so begins a journey of discovery into what the team does in the workplace.

Winner of three Oscars, including Best Picture, Coda is the story of Ruby, a daughter of deaf parents. When she discovers a passion for singing, Ruby must choose between family obligations and chasing her dreams.

Winner of 7 Emmy Awards, this feel-good smash hit blends American humour with British wit when an American football coach travels abroad to coach a failing soccer team. But, what Ted lasso lacks in knowledge, he makes up for with optimism, determination and biscuits.

Based on the acclaimed novel of the same name, Garry Oldman leads this quick-witted spy drama about a team of dysfunctional MI5 agents who have screwed up royally and will do anything to get back into the action.

Jason Momoa stars as Baba Voss, a former warrior and leader of a tribe who lives in a futuristic wasteland where the population survive without the ability of sight. When his twins are born with the ability to see, Voss must protect them against the forces of a threatened queen.

The Shrink Next Door

Based on the popular podcast, Will Ferrel and Paul Rudd star in The Shrink Next Door. It’s a true story spanning 30 years where a businessman named Marty wants to learn some boundaries, and his therapist Dr, Ike, decides to cross them all.

Servant is the M. Night Shyamalan-produced series that follows grieving parents struggling to face reality. When a new employee enters their home, the couple and their extended family open themselves up to plenty of wine and mysterious forces they can’t comprehend.

Central Park is an animated sitcom/musical about an unconventional family living by New York’s Central Park and fending off a wealthy hotel heiress who wants to turn the park into condos.

Russia beat the US to the moon. This alt-history series spotlights the high-stakes lives of NASA astronauts in a world where the space race never ended. It continues in inspiring yet terrifying new ways.

This acclaimed series follows budding writer Emily Dickinson who uses her outsider’s perspective to explore the constraints of gender, society and family during the 19th century. 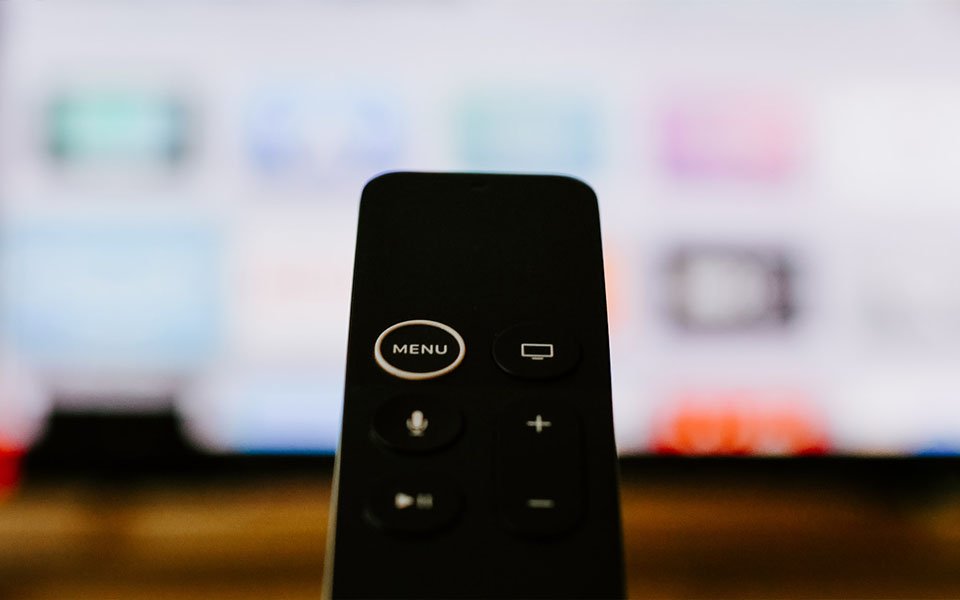 Die-hard Apple fans will want to secure first-party hardware to binge content instead of relying on rival devices. And so, here’s what to consider when getting your entertainment setup into shape. Plus, there’s the added bonus of scoring three months of free Apple TV+ with new purchases.

Apple TV 4K is a small and sophisticated hub that transforms any TV or monitor into a smart TV. This puts all of the streaming apps at your fingertips and access to a selection of iPhone games and original titles, all playable on a TV.

Stream Apple TV+, Netflix and more and navigate content with the included Siri Remote. This user-friendly device brings speed and precision to controlling content and has built-in Siri for accessing content by voice. Should the remote be out of reach, pause, play, rewind and adjust the volume with your iPhone.

Apple TV HD is the same sleek black box with access to all the streaming apps but sacrifices the 4K video quality for those who want to save money. Stream Netflix, Disney+, play Apple Arcade games and use your Apple Fitness account from a TV. A Siri Remote is included as a standard for navigating the world of digital entertainment.

The Siri Remote comes bundled with Apple TV 4K and Apple TV HD. Should it get damaged or become misplaced, you can always purchase a replacement without forking out for another Apple TV hub.

Weighing just 63 grams, the Siri Remote has a built-in microphone for audio controls and a Lightning connector for fast charging. It connects with Apple TV using Bluetooth 5.0 wireless technology.

In a disappoint move, Apple decided not to include a HDMI cable with its 4K and HD smart TV hubs. And so, you will need to source one elsewhere to enjoy streaming services.

This premium cable from UGreen is certified to handle the highest resolutions for Apple TV+ and also for achieving 4K at 120 frames per second for PlayStation 5 and Xbox Series X gaming. It’s also ready to support 8K resolution when your hardware scores an upgrade.

The Apple TV Mount from from Elgago is a high-grade silicon case that houses Apple TV 4K with a precision fit to protect it from scratches and provides multiple options for mounting the smart TV hub.

Screw the mount to a wall, hang it on a hook via the accompanying strap or the built-in magnets allow it to attach to the back of a TV safe and out of fight. The sophisticated design ventilates air around the unit and prevents your Apple TV 4K from overheating.

Apple TV encourages you to enjoy your library of games via an HD TV screen while using an iPhone as the controller. However, you can take your gaming to the next level by playing App Store games with a PlayStation DualSense Controller. These wireless beauties pair directly with Apple TV devices bringing precision controls and comfort to your favourite games.

How to Cancel Apple TV+

Ran out of things to watch, or are you just looking to save some money until Ted Lasso season 3? Cancelling Apple TV+ is easy. But how you can cancel a subscription will differ depending on the device in use.

How to Cancel from iPhone or iPad

On your Apple device, open the Settings app. Tap on your username/account at the top of the list. Then tap Subscriptions on the right.

Tap on the subscription you wish to manage and select Cancel.

How to Cancel from a Web Browser

How to Cancel on Apple TV 4K or Apple TV HD

Note: Only the latest generation of Apple TV hardware supports cancelling subscriptions via the device itself. Users of earlier models will need to cancel via a web browser or another Apple device.

On the Apple TV dashboard, select Settings. Navigate to Users & Accounts and select the account with an active subscription.

Don’t be scared to cancel Apple TV+ at any time and sign up again later when there are new shows to binge or a deal that could net you a lower price.

Michael Vane has been a journalist for Gadget User since 2022, specializing in gaming and technology reporting. With a bachelor’s degree in Communications & Media Studies he knows how important it is for people to make informed purchasing decisions. His work has been featured in publications such as Wine Selectors, Man of Many, Pilot and Power Up, to name a few. 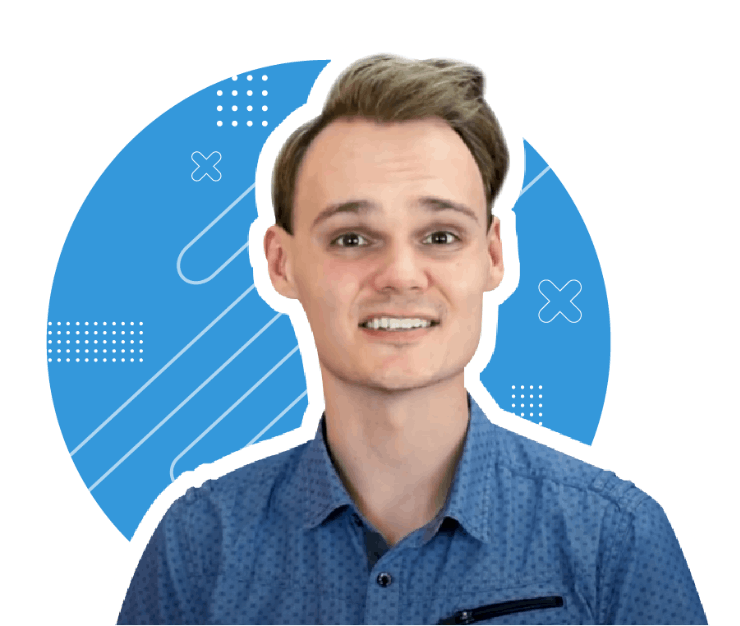